Nollywood actress, movie producer, influencer and brand ambassador, Mercy Aigbe recently stirred up reactions on social media with the latest post she released on Instagram, she caught the attention of many internet users with some hilarious pictures of herself and a fellow colleague on the set of a movie she’s currently working on.

Mercy Aigbe decided to thrill her fans on Instagram earlier today with some photos of herself playing a character on the set of a movie she’s producing. The Nollywood actress can be seen dressed in a celestial garment popularly known as sutana and in the other photos she shared, she can be seen running in a different Sutana with her colleague.

Followers of the Nigerian film star were intrigued by these images and they swarmed the comment section of the post to express how they feel, some of them sent laughing emojis while others commented on how funny the scenes looked.

Content created and supplied by: Humornstuff (via Opera News )

“Una still dey travel with pepper?” – AY to Chioma Akpotha and her friend in Saudi Arabia 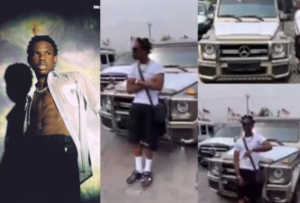