Most of us are quite familiar with the name Peggy Ovire who is famously a prominent actress and model who knows how to stir up reactions from her fans whenever she shares new videos on social media. 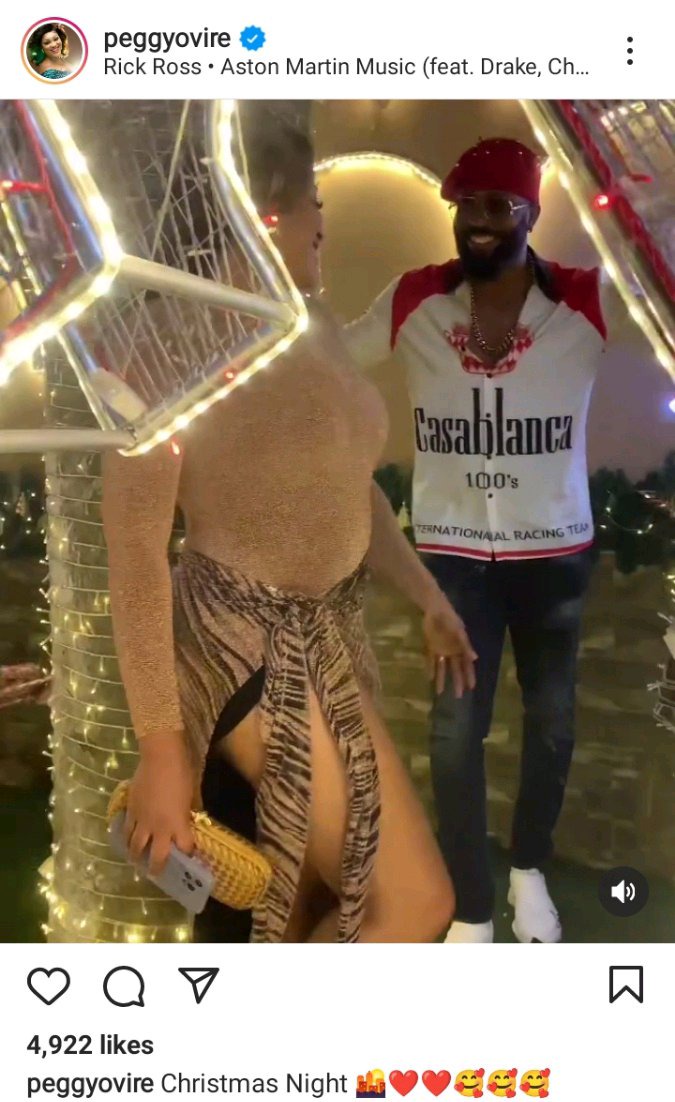 However, As soon as Peggy Ovire saw her husband, she walked towards him and they kissed each other. Frederick Leonard also held his wife from behind and he kissed her on the neck. Peggy Ovire sat on a dining table before she walked down the stairs to join her husband outside.

In her new post, she showed up with a nice-looking hairdo that enhanced her beauty. She applied neatly done makeup to her face that matched the colour of her skin. Her husband appeared in an elegant red and white outfit that looks good on him as he took the pictures with his wife in different postures.

Immediately after her amazing post surfaced online, her fans, admirers, and a plethora of social media followers quickly rushed down to the comment box section to express their reactions from different perspectives.