Yul Edochie’s elder brother and veteran actor, Lincoln Edochie aka Linc Edochie has taken to his official social media handle to share life nuggets as he inspires fans. He revealed that there are 2 wolves fighting in every human being’s heart which are love and hate. He said whichever one feeds the most wins the battle. Linc is well known for his motivational talks on Instagram and has inspired many through his life nuggets. This post sparked reactions online as social media users applaud him for his words of wisdom.

Linc Edochie is a renowned veteran actor who graced our TV screens in the early 2000s. Then, he was a sought-after actor but left the movie industry at the peak of his acting career due to circumstances beyond his control. He made a comeback in the movie industry in 2020 and has appeared in several movies. Linc is happily married and blessed with lovely children. His family currently lives in Abuja. 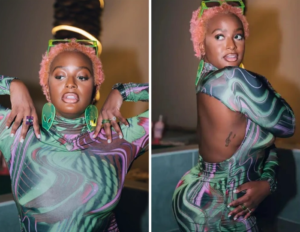